Letter to the Pope

Mother Angela wrote to the Pope a few times during these years. Here, for the house: “Sister Angela del Giglio, Venetian tertiary, most humbly prays to you, with all the reverence possible … having been in the city of Assisi now for a few years at the school for young girls that has been most beneficial and is of great example, under the direction of this one who is asking you now, having been encouraged by the predecessor of the current bishop and having proceeded according to the rules of the other schools in Rome and Montefiscone: and since some conflicts and controversies have arisen concerning the house where this very same pious work is carried out, (some women) of the same city, have, before Monsignore, obtained the possession of that said house so as to chase me, the current resident now seeking your help, from there, having brought a mandate of evacuation to me, even though I had always paid the rent on time to the previous owners, and would consider to do so to them, and even would pay before it were due, if they would want it so in the future, if Your Holiness could deign to order so, in Your supreme authority, as is done in Rome, commonly, when a house is considered both necessary and beneficial to the public. This one who is asking you now does not think that there is, anywhere in this city, another place that would be more comfortable or more conducive for this holy work. … This supplication has been made to Your Holiness, and to the Lord Bishop of Assisi, with my intent being that the case concerning the abovementioned house could be of interest to both of you, in the event that it be difficult to oppose their advances for possession of the house in the light of all the legal acts that we have had to go through. …” 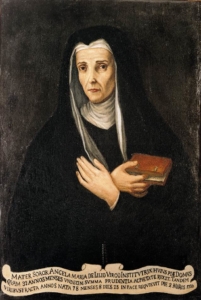