Wherever we are, we try to make St. Francis of Assisi’s wonderful charism present in today’s world, just like Mother Angela tried to do. In prayer and action, from our contemplation of the face of the Glorious Crucified Christ in San Damiano to the practice of the works of mercy, we are “restoring” life wherever it is threatened or wounded, bringing hope wherever human violence and oppression has suffocated the dignity of men and women, being instruments of peace, dialog, communion and universal fraternity.

1958 – Japan
The Sisters primary activities in Japan focus on the mentally disabled, nursery school students and their families and others who had difficulty within the fast-paced Japanese society. In recent years the Sisters joined other religious communities attending an inter-religious anti-war protest in Tokyo. We aim to be a hidden leaven that brings with it the vitality of the Risen Lord, by building dialog among the diverse religious traditions, with peace, justice and respect for creation. In this country where Catholics are in a clear minority, we seek to be an attentive presence, welcoming children and families of whatever religion: we lead periods of inter-religious prayer, we help immigrants in their study of the local language, we are involved in justice and peace movements, and those concerned with saving the planet.

1980 – Korea
Following the example of the First Korean Martyrs, we spend our lives so that the joyful news of the Gospel may become known and may take root in the secular traditions of the East. Since the first Sisters formed a gathering in Korea, our Sisters have been able to expand to rural areas. We are committed to various types of evangelization and service: care of abandoned babies or those with disabilities, the blind, lepers, the poor…nursery schools, catechesis for children and young people, support for families, spiritual retreats for laypeople, assistance to immigrants, presence in various parishes, and collaboration in pastoral activities. Recently they sent a group of four to China to care for lepers; there they can only witness to their faith by their actions. Today the Sisters in the province number over 100.

1996 – Philippines
In the Philippines the Sisters approach the poor, the homeless, and prostitutes, those who most need our help. They provide food and religious assistance to children in before and after school programs. They are thankful for the experience of solidarity and faith among the poor. Giving back hope and putting a smile on the faces of so many children, taking them off the streets and offering them shelter, food, play, education and affection.

2002 – China
Our Korean Sisters staff a rehabilitation center for lepers in China, in collaboration with some visiting Catholic volunteers and government employees. Our center has the atmosphere of a family home. Through our invisible presence and ministry, we offer a positive experience of Christian values to the people of China. Perpetuating that embrace which changed both the leper’s life and that of St. Francis, we are present in a leper colony that is confined to the mountains, offering care and human warmth to these wounded brothers and sisters who are alone.

2004 – Indonesia
A small group of our Sisters live in Indonesia as witnesses to their faith among the Muslim population. Situated near a parish staffed by the Conventual Franciscan Friars, we provide calm and support for those who have little to live on in that area. We struggle to secure the survival of so many families, sharing with them whatever we receive through the generosity of some of our friends. We also try to offer Christian formation to the children and young people open to the Gospel. 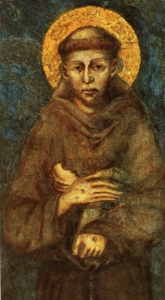